Full Name
Gil Dezer
Job Title
President
Company
Dezer Development
Speaker Bio
An accomplished businessman and humanitarian, Gil Dezer is a visionary developer, and one of the largest oceanfront property owners in Sunny Isles Beach. Dezer and his father, Michael Dezer, have accumulated one of the largest holdings of beachfront property owned and developable in the state of Florida.

Dezer has been instrumental in changing the face and value of the South Florida residential real estate industry through the introduction of brand partnerships, connecting his developments with some of the world’s most recognized brand names.

In 2011, Dezer announced a master licensing agreement with Germany-based Porsche Design Group to expand the iconic brand’s reach into the residential real estate market. The venture’s first project is a 60-story ultra-luxury tower showcasing a one-of-a-kind, patented robotic parking system – the Dezervator – which allows owners to park their vehicles in ‘sky garages’ directly next to their units.
Dezer Development received a $214 million construction loan from Wells Fargo in September 2013, at the time marking the largest loan for a single construction project in the Southeast in the post-recession era. The highly-anticipated Porsche Design Tower officially became a reality in the first quarter of 2017, marking the completion of the iconic tower.

Dezer leveraged this track record of success with marquee lifestyle brands to enter into an exclusive partnership with The Related Group and Armani/Casa Interior Design Studio to launch the world-renowned fashion and furnishings designer, Giorgio Armani’s, first residential tower in the U.S. real estate market, Residences by Armani/Casa. Designed by globally-acclaimed Argentine-born architect, César Pelli, the 56-story oceanfront tower will feature 308 luxurious residences and incomparable amenities spanning two floors, all exquisitely designed by Armani/Casa with rich textiles and custom furnishings. The project is slated for completion in late 2019.

Dezer Development expanded into Miami’s booming Arts & Design district through another joint venture with The Related Group to launch Hyde Midtown Suites and Residences, the flagship property of the extraordinary sbe lifestyle brand. Designed by Arquitectonica with interiors by award-winning designer, David Rockwell, the 31-story tower includes 60 hotel rooms, 410 residential condominiums, and an array of one-of-a-kind, contemporary lifestyle offerings when it was completed in 2018.

Dezer earned degrees in International Finance and Marketing from the University of Miami. He additionally holds a realtors license and is the past President and Chairman Emeritus of the Developers & Builders Alliance (DBA), one of the world’s largest development and construction organizations.

Active in the community, Dezer is a staunch supporter of local organizations. He holds several positions which include: one of the Founders of the Mount Sinai Medical Center Foundation; a Young President of the Miami Heart Institute; member of the Florida Friends of Israeli Defense Forces (FFIDF); member of Project Cradle in Miami; host committee member of satellite art fair, Art Miami; member of WIZO Florida and the One Family Fund Organization.

Dezer’s professional achievements include taking home the 2017 ENR Project of the Year award for Porsche Design Tower, in addition to the South Florida Business Journal’s 2017 Structures Award for Best Architecture and Design. He has also achieved the Platinum Personal Achievement Award for Sales Director of the Year for three consecutive years at the annual Builders Association of South Florida (BASF) and The Miami Herald/el Nuevo Herald in Florida’s BEST Awards. He additionally was the recipient of the Greater Miami Chamber of Commerce’s 2012 South Florida R.E.A.L. Award in Residential Real Estate – Condo/Townhouse. 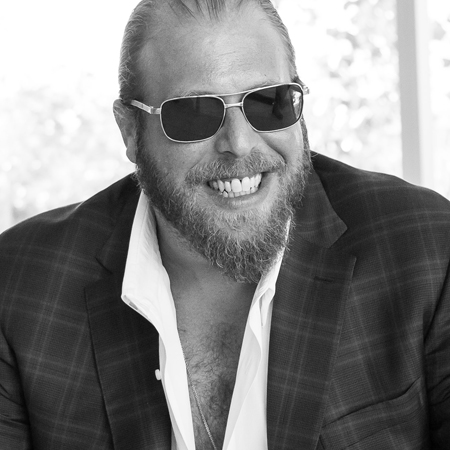